Climate Change and the US Presidential Election of 2016 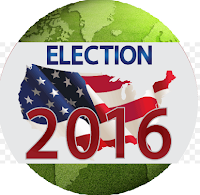 The impending catastrophe of climate change demands urgent attention from world leaders. This is particularly true of the leader of the wealthiest and most powerful nation on Earth. This makes the US election of 2016 the most important election in American history and arguably in the history of the world.

Never before have so many lives been at stake nor have we ever faced this kind of global threat. The World Health Organization (WHO) recently stated that a quarter of a million people are being killed each year due to climate change. Others suggest that number is much higher. What is clear is that the death toll is destined to get far worse.

Leadership is desparately required as we approach what could prove to be civilization's final days if we fail to act.

We must quickly move forward with national action if we are to have a chance of staving off the worst impacts of climate change. What happens in the US this fall will reverberate around the world. Failure to vote for a leader who will engage climate action will have global repercussions. It will very likely move us past tipping points from which we will not be able to recover.

A Guardian survey indicates that one in five voters in the US are frustrated by the inadequacy of climate focus in the US presidential campaign. They complained about Republican climate denial and the failure of Democrats to make climate change a top tier campaign issue (although as evidenced by the new Democratic platform, there is good reason to believe that this may be changing).

Many of the comments reflected concerns about the threats associated with climate change and the well warranted fear that we are rapidly running out of time to deal with it.

Concern about climate change is split down party lines. According to a poll from Pew Research Center, 76 percent of liberal Democrats said that “global warming is a very serious problem” compared to only 14 percent of conservative Republicans.

The co-founder of 350.org, Bill McKibben, (who Sanders has appointed to the platform committee at the upcoming Democratic national convention), believes that unlike 2012, the Democrats will assail Republicans on the climate issue: “This time around...(the Democratic nominee)...will be hammering Trump and the rest of the GOP for their blindness to climate science – it’s now a losing proposition for them. So, scientists and movements have done their job in that way.” McKibben said.

According to Mooney, although climate change may not quite be a top tier campaign issue, "the sharp contrast on climate change between the two candidates means that it might not only come up prominently in an election, but moreover, actually make a difference."

Mooney cites new polling data which suggests that things might actually be different in 2016 than they were in 2012. A March Gallup poll, found that a record number of Americans believe global warming is real and poses a threat to their way of life. The spate of heat records are also helping to convey the reality of climate change. The Gallup poll found that a record 65 percent of Americans believe that rising temperatures are being caused by humans.

A survey from the Program for Public Consultation at the University of Maryland suggests that sharing the facts about climate change resulted in 70 percent of the public supporting climate action.

“In my view, rarely does any one issue decide a Presidential election, but being a climate denier hurts Trump,” says Democratic pollster and strategist Mark Mellman. “Trump’s position sends a wider signal about being anti-science and anti-environment which will make it very difficult for him to appeal to moderates.”

Anthony Leiserowitz agrees. He heads the Yale Project on Climate Change Communication, which has conducted a number of surveys on the subject. “Among that set of voters that say that global warming will be one of the key issues on which they base their vote, she has a huge lead over him,”he said.

A big part of Hilary's ability to use the climate issue to her advantage will involve winning over Bernie Sander's supporters.  By formally endorsing Hilary, Sanders has just made things a bit easier for her.

Specific hot button climate related issues that Hilary can use to her advantage include the economic benefits of going green and air quality concerns.

According to another Guardian survey, Americans are concerned about food and water security and sea level rise. Some of the other climate related issues that resonated with respondents were the phasing out of fossil fuel, expansion of renewable energy and the unfolding disaster affecting coral and other marine life.  Also of concern were deforestation and climate refugees.
The Green Market Oracle
Share